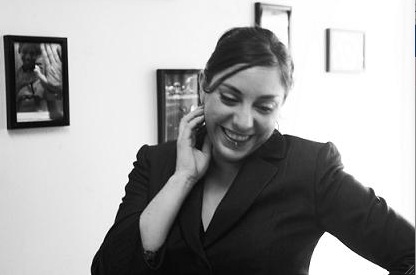 My vision of the relationship between law and justice is shaped by my commitment to radical social movements. I believe that the law is but one small tool in struggles for collective liberation. I aim to share my legal expertise with my clients, who have their own skills and expertise, in order to increase their opportunities for self-determination. My law practice focuses on using the courts in the struggle for meaningful justice, including helping people to win parole release, advocating for health care for elderly or trans people who are incarcerated, and fighting criminal or civil charges brought against members of the press, protesters, grand jury resisters, and individuals alleged to have engaged in terrorist activity based on their political beliefs. I also enjoy facilitating quality of life planning, especially for non-traditional families.

I also provide legal support and education for social movement groups pushing for fundamental transformation of oppressive systems. As a former teacher, who watched as my students were funneled into prisons – some as corrections officers and some as prisoners – I feel my legal work must have an educational mission. After doing Know Your Rights education for protesters during Occupy Wall Street, I helped to found Just Info, a free 24-hour hotline that provides the same kind of legal information, service referrals, and community organizing connections to all people in the five boroughs. I am also a founding member of Mutant Legal, a collective devoted to popular education on matters of legal import, including community legal organizing.

I am admitted to practice law in New York State and the Southern, Western and Eastern Districts of New York. I am also licensed to practice in North Dakota, District of Bismark and pro hac vice in the Eastern and Western Districts of Virginia. I hold degrees from the University of Michigan (BA, 2000), the University of Wisconsin-Madison (MS, Educational Policy Analysis, 2003), and the CUNY School of Law (JD, 2012). In addition to doing ongoing popular education, I have taught preschool, high school, and most recently, undergraduate criminal law at Hunter College.